Congratulating The People Of South Korea

Following the rise of the Covid-19 pandemic and the resulting enormous economic dislocations, the last three weeks have been a horrible and shocking time both here in the USA and in many other countries around the world. Searching for some comfort, hope, and inspiration I found myself turning again and again to South Korea and what its people have been able to achieve during the recent weeks and the past fifty years. This post is my way to share a little message of hope and to say thank you for your inspiration to a group of people and friends I respect and admire foundly. 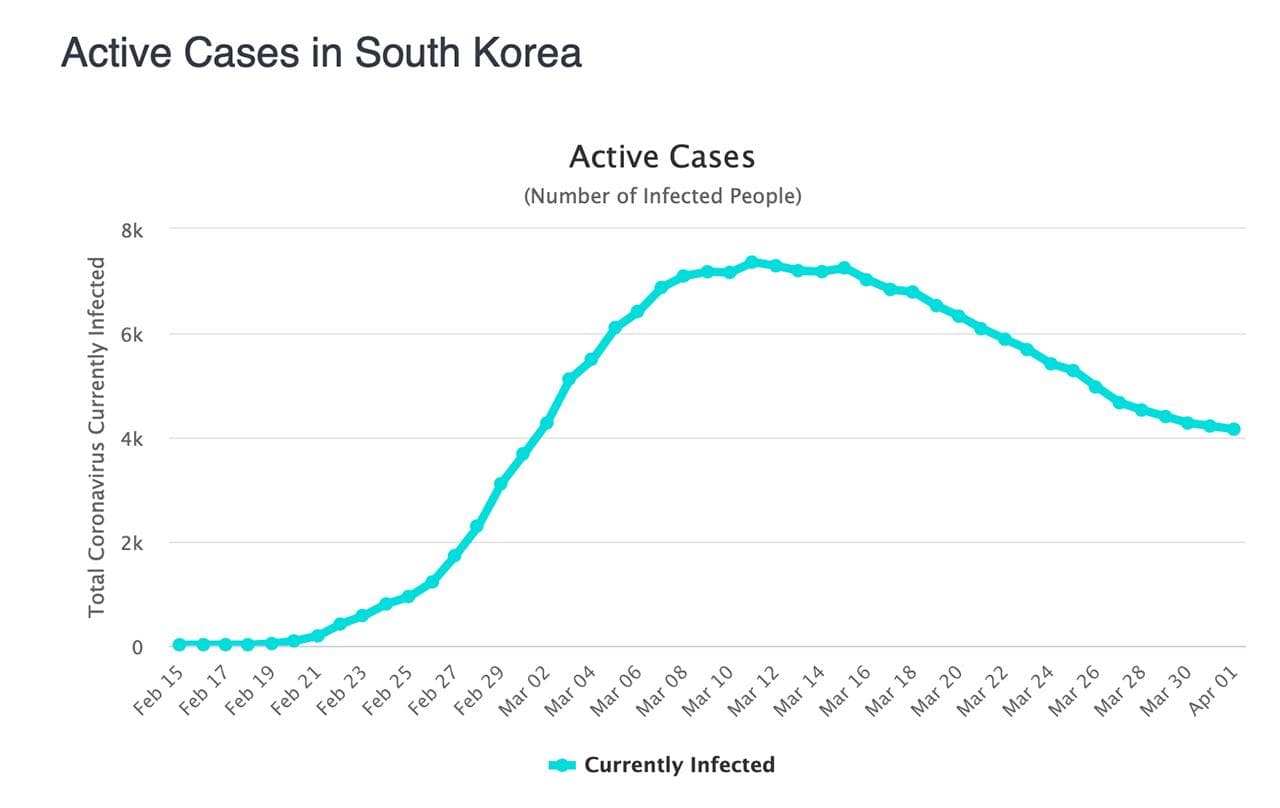 The spreading of Covid-19 in South Korea started toward the end of last February. In about four weeks they were able to flatten the curve of active cases. With a total population of about 51.47M people and a population density in Seoul double relative to NYC, as of today the lives lost are only 169 (Source: Worldometers).

What is even more remarkable, in my opinion, is how they were able to achieve those extraordinary results while at the same time protecting their economy, their businesses, and the economic wellbeing of their people. While the Goverment proceeded to immediately request the closure of all schools (and all schools immediately activated virtual classes for all their students), all businesses, factories, restaurants and department stores continued to operate while adopting basic preventive measures like wearing face masks and avoiding extreme physical proximity.

If you are a person living in South Korea today, every morning you go to work at your office, factory, or retail place. After work or during the weekend you can go to a restaurant, walk or exercise in a public park, or go shopping at a small local store or at a major depatment store. When you watch TV at night you don't hear about massive layoffs, collapsing businesses, and other economic and human catastrophes. This is possible because they have been able to put in place a very effective system to rapidly track and quarantine most of the people infected by the virus.

South Korea is not the largest, strongest, most powerful or wealthiest country in the world. However, at a time like this, I cannot help to wonder what are the real sources of strength, power, and wealth for a country. 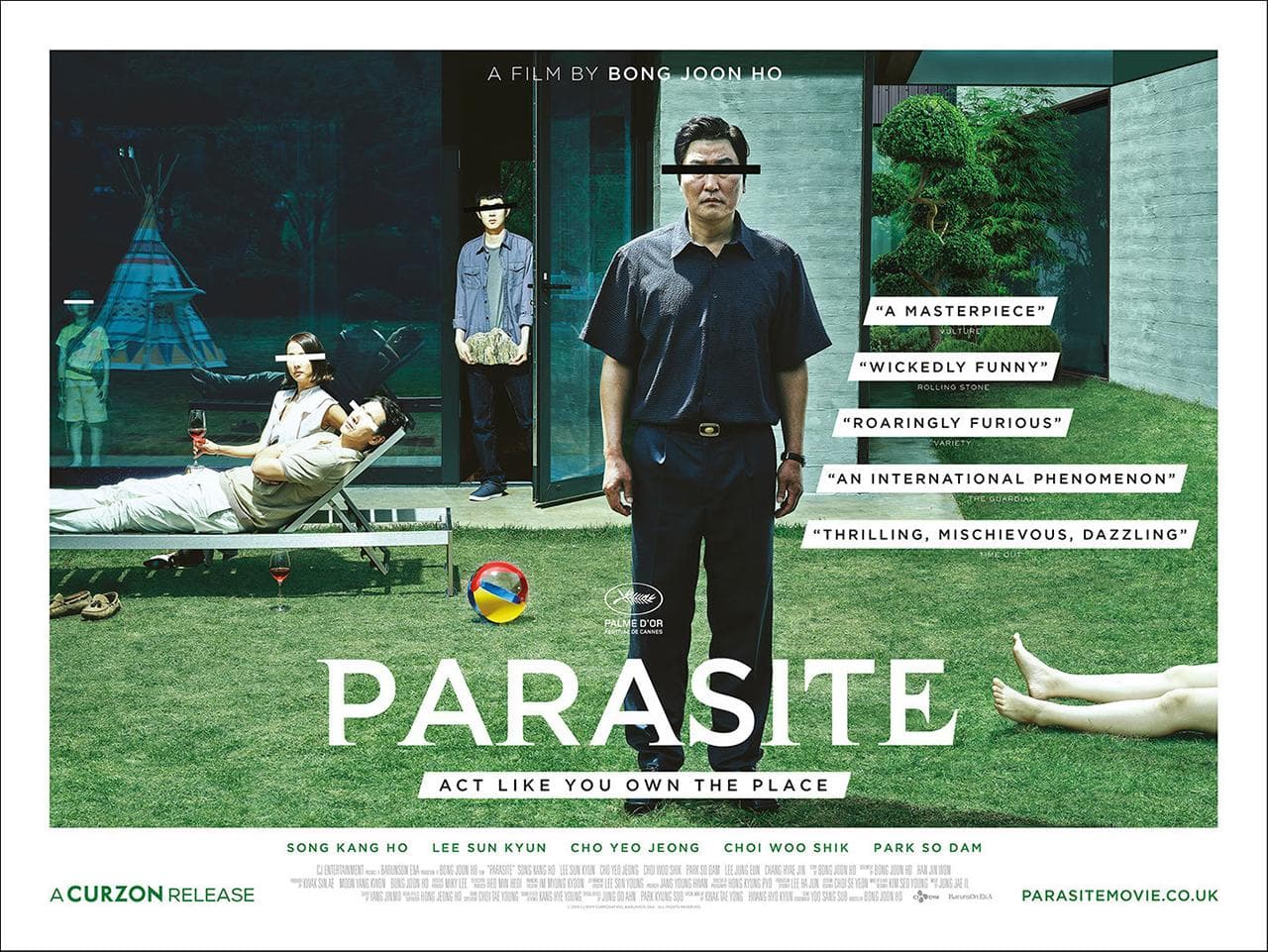 It is surreal to think that only less than two months ago it was Oscars night and we were all happily enjoying the celebration of artistic talent and creative work. That was a night when millions of people around the world were once again reminded of South Korea abilities and accomplishments as Parasite, a movie produced and directed by Bong Joon Ho in South Korea, received the most awards and went to history as the first non-english film to win the award for Best Picture.

I really enjoyed watching the movie and was really impressed by its ability to talk about such a serious issue with a level of authenticity, sensitivity and humor that is typical of the people of South Korea. These days many advanced economies and societies are affected by several similar important issues, what is often different is the way we choose to talk and deal with them. 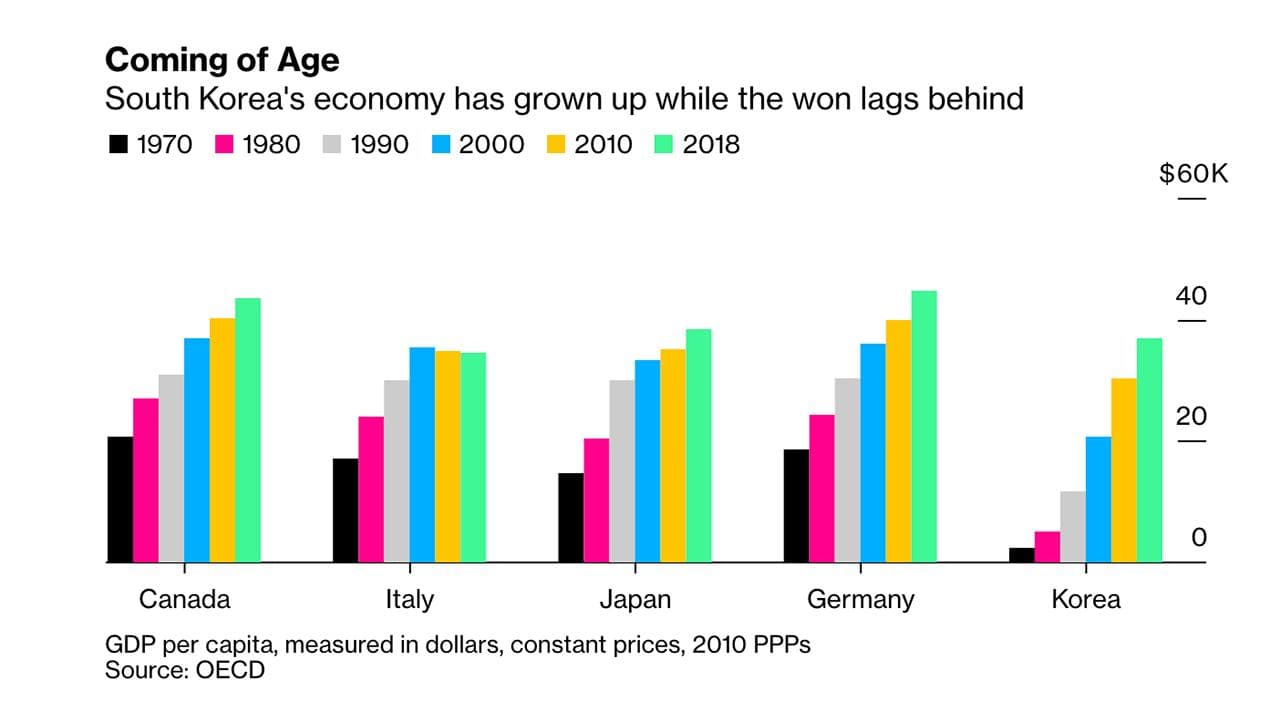 If South Korea achievements in health care and entertainment in 2020 are surely remarkable, they pale relative to the economic progress the country have been able to achieve during the last fifty years. South Korea emerged from WWII in a very distressed situation. The country was lacking food, jobs, and all basic necessities. America provided extraordinary military and economic aid providing the people of South Korea with a second change, and it's clear that they didn't waste it.

In the '70s, more that 25 years after the end of the war, South Korea was still a very poor country with a very low GDP per capita as evident from the chart above. Through hard work, collective sacrifices, discipline and persistence, in fifty years the people of South Korea lifted themself from being one of the poorest country in the world to one of the wealthiest and most advanced society in the world. The progress they were able to achieve with their collective effort is superior to that of any other country in the world. The journey was not easy, had many diffult moments, several crisis. Nevertheless they were able to make enourmous progress and achieve what at the beginning was not even imaginable. Turn the impossible into the inevitable.

While I can only wish that the people of South Korea will continue to achieve even greater results in the future, I also hope other businesses and countries around the world will find the collective purpose, discipline, and grit to strive for similarly great results in the coming months no matter how challenging the current situation will turn out to be. We don't need to live in a zero sum or winner takes all world if we choose not to.

Understanding the importance of simple traditions

In 2019 I had the opportunity to spend most of the year in Seoul. I really enjoyed my time there. I made some great new friends and was fascinated by the city: clean streets, amazing subway system, great reastaurants and shopping, a state of the art and affordable health care system, the greatest bike lane system I ever had the pleasure to ride, and some crazy stuff like drinking and K-pop.

As I was learning about the local culture and way of life, I was somehow fascinated by what I thought was a cute small tradition centered around food repeated millions of times by millions of people on a weekly basis. In South Korea everyone buys food for people junior to them throughout their entire life. Senior students in high school and college buy food for their junior peers. On the workplace managers take out for lunch or dinner their team members, vice presidents buy food for their managers, and CEOs provide food for their senior executives. These days there is plenty of food in South Korea and all these people have all the money they need to buy their own food. At the time I thought this was just a cute little tradition.

In retrospect, today I wonder if that little gesture carried out an endless number of times during an entire lifetime is in fact a very important and effective way to remind people at scale of the importance of taking care of each other.

We are leaving in a time of great anxiety, fear, and grief. Like in many other countries around the world, here in America we have a lot of work ahead of us: we need to flatten the curve of infected people, minimize the additional loss of lives, and start rebuilding an economy that has been severely damaged hopefully in a way that will prove to be stronger and more resilient in the future.

While this is a very difficult time, I am confident that like many times before we will go through this and emerge at the end of the tunnel stronger and better than before. Also, I am truly encouraged and inspired by the many ways Americans and other people around the world are coming together to care and help each other.

Also, I want to express my greatest gratitude to all the heroic American people that in these days are selflessly working on the front line to take care of all of us here at home. They are stepping up for all of us even when the system has clearly failed them.

Subscribe to our Newsletter to learn more about our thoughts and work.